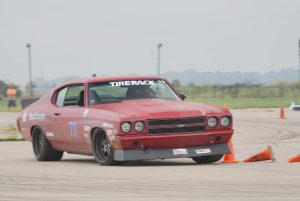 Classic American Muscle (CAM) is now entering its 4th Year as an official SCCA Solo Category and has proven to be a runaway success in the CAM-S and CAM-C programs, with CAM-T being mostly along for the ride, but still figurehead of the class idea.

I know CAM was under heavy fire from old hardcore solo competitors when it first came to be a part of the Solo program, but CAM has proven without a doubt that it’s a popular formula. A formula that brings in and retains members who build multi-use cars and some cars that just don’t fit the standard mold for a national solo class as they exist. 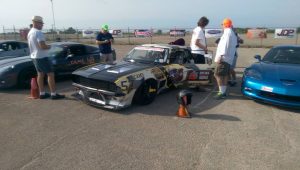 No “boogeyman” has come to fruition despite constant rumors and fears. Why? Because the rule makers for CAM have pushed back with quick rule changes when the threat of a boogeyman appears. A Jeep-Vette that was being built and then had rules written to be outlawed in CAM-S before it could ever show up comes to mind. This discourages building a car to the rules. because it could be extremely expensive to build a car for CAM to have it immediately be disqualified.

The Street Touring Pony (STP) supplemental class has come and gone in the time CAM has existed probably due, in part, to the success of CAM. For 2019, STP will not be at Solo Nationals. This is the life of some supplemental classes. Sometimes they just don’t work or catch on for one reason or another and they are put out to pasture. This is most certainly NOT the case with CAM.

CAM makes a great case for itself as a regional development tool. In 2018 I put together class participation numbers for CAM in every region in the SCCA Southwest Division. Texas region had the largest CAM participation each event. But they also have the largest average event attendance in the division 9 events with 12.4 CAM & 145 Total Average event participation. The 2nd highest number of CAM competitors per event was West Texas region with 9 events, 8 CAM cars per event and 37 total average competitors per event. Over 20% of the competitors in an event being in CAM? That’s awesome and a testament to how popular the class structure is.

If CAM is to be a forever supplemental class and stay in the current configuration run by Raleigh Boreen, there’s nothing wrong with that, except it needs to be removed from Solo Nationals. Have the penultimate event of their series the weekend before Solo Nationals alongside the ProSolo Finale, but don’t continue to have it be a part of Solo Nationals, because it isn’t a class that should be there in current form.

To be clear, I want more classes like CAM. The open rules concept is great because it gets away from some of the restrictive structure that hurts SCCA in retaining members at a regional level. It’s a very inviting format and I definitely want to see similar classes for FWD, AWD and RWD cars that can’t compete in CAM. However, if more classes were to come to fruition, I would want to see them run by an Advisory Committee and not by one person making changes on the fly.

With the 2019 Solo season about to begin and Solo Nationals at the breaking point in terms of participant numbers for a 4-day event. We have a supplemental class going into its 5th year that could possibly prevent people from participating in non-supplementary National Solo Classes at SOLO NATIONALS. But above all else, we have a class at solo nationals that has exceeded the Supplemental class time-frame and will still not crown a National Champion. 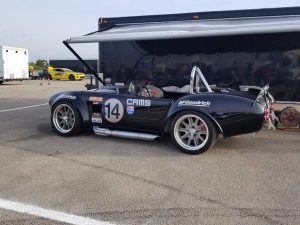 If a class is not going to be run in the same form as the rest of Solo, with SEB involvement, an AC consisting of competitors, rules changes that are open for comment by the membership, and ultimately crowning a National Champion each year, it should not be a part of the Solo National Championships. I am all for creating a fun and inviting atmosphere at Solo Nationals, but ultimately the highlight of the week is the tight competition that results in crowning national champions. Either being in the battles or witnessing them in your class.

CAM needs to be a full-fledged part of the National Solo program, or it needs step aside fully to do its own thing fully separate from National Solo. I would much rather see the first, I would rather see CAM transitioned away from the national office and into the control of its competitors and the SEB. My hope is that this piece will help take that conversation and bring it to the table on a national level, so the CAM competitors might take control of their own class and define the future of CAM on their own terms.